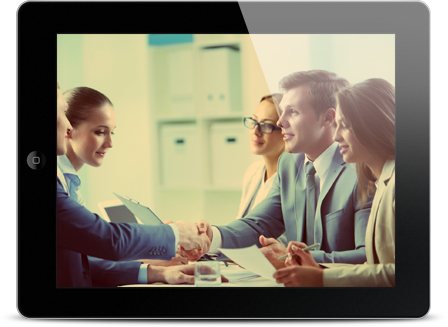 There is one defining fact that I can say with all certainty that is paramount for success in any endeavor attempted, EFFORT TRUMPS ALL. We live in a world where shorts cuts are envied and promoted by many individuals across the internet. There are scheme’s that promote work less and make more $$$$, get a PhD and you are set for life, win the lottery and never have to do a thing again! The one thing they do not promote is the amount of effort and everything it entails to become successful.

Hard work at any task produces huge results, it doesn’t matter what the task, whether it is physical, mental, menial or complex. It was a lesson I learned early in life, effort in, results out. This can be simple to implement but difficult to achieve without focus.

Just like any idea we have, if it is not acted upon then it was just an idea. When you take an idea and put effort into the idea it starts to take a form that can build results. When you reward results it has a snowball effect. You will start to see greater results being produced over and over again. Research has shown that if you reward results individuals produce better and more prolifically. It works with both children and adults.

I owned a construction company for many years. One lesson I learned early on was that if I paid my employees by the hour production lagged and it took much longer for the job to be completed. For better results I designed a pay structure that rewarded effort. Each job description had a set of requirements and goals. These had to be achieved to attain the base pay scale. If the work was over and above the required there was an additional incremental pay scale. Because so much of the production was based on a team effort, if the job was completed faster than scheduled, the entire team shared equally in the bonus plan.

Performance and quality increased tremendously due to the creation of an atmosphere where effort was rewarded. It weeded out the weak and lazy. If someone was not carrying their share of the workload the team paid dearly and soon the person performed better or the team’s peer pressure forced them off of the team and out of a job. It soon became apparent to my employees that the rewards were well worth their efforts. Their pay increased, they had more time off in between assignments, and consequently were happier employees. The company was able to schedule more work consistently and became more profitable due to labor costs be predictable. The benefits were very rewarding throughout the company.

When there is a sense of entitlement in a society it becomes a very destructive force to combat. The “you owe me” mentality breeds an idea that you are not responsible for yourself and that someone else is going to take care of you. When this happens it destroys the individual’s drive to thrive and creates a non-productive lifestyle. Creativity is stunted and mental abilities are decreased along with grit and the drive to succeed. We see it often in the homeless and poor populations in our society.

In our schools we reward on abilities, not effort, and this is why there are so many children that are failing to thrive in the public school system. Children and adults do not learn at the same level or pace but we test and grade on ability across the board. What if we changed to reward a child or adult based on their efforts? Does it not make sense that the child or adult would feel better if they were not continually comparing themselves to those around them? They would start to build better self-image and self-esteem, live a brighter more productive life, and thrive in society. It seems to me that best way to help children and adults thrive is to instill in them an effort based reward system and stop government and society from thinking that we are helping people by entitling them.

I don’t want people to think that I don’t care about those that are not able to help themselves such as the elderly and infirmed; they certainly deserve all the resources we can muster. If we eliminated the element of those who feel entitled, we certainly would be able to free up resources to better take care of the latter groups.

In an effort based system society would be able to increase the productivity and creativity of this nation. I was reminded of a very
influential speech I heard when I was growing up during the writing of this blog post. President John F. Kennedy said in his inaugural speech, “ Ask not what your country can do for you. Ask what you can do for your country.” It had a profound effect on my outlook on government and was the main influence on my decision to go in the Marines and to serve my country. This was my first taste of there’s something bigger than me in this world.

Our government does not owe us! I have always felt honored and blessed to serve in the Marines and for being a citizen of this great nation. Why do you think so many from outside our boarders want to crash the gate and enter the land of the free? They want the opportunity to put forth the effort to live in a land that gives an individual the freedom to pursue the dreams through effort and hard work. Ask any immigrant and they will gladly tell you all they desire is a chance to prove they are worthy.