How to Get Rid of Automatic Negative Thoughts 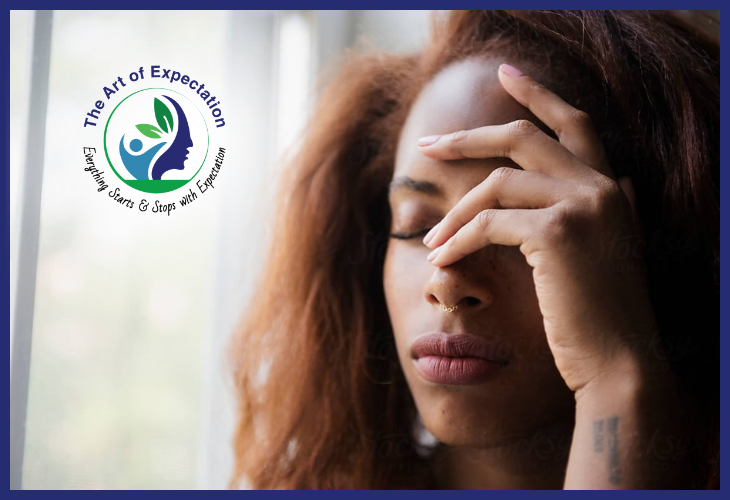 The New Year is here and we want to make sure the bad things from the previous year remain in the past. For that, stopping negative thoughts can be key. Reframing common negative patterns can help you feel more balanced — and happier. Learn how to do it below.

You’ve just been laid off, and doomsday thoughts ricochet through your brain in a chaotic rush: You’re an idiot who can’t hold a job. You’ll never be hired again. You’re going to end up on the street with no means of supporting yourself.

This all-or-nothing way of thinking is a typical example of a pattern known as automatic negative thought (ANT). Comprising about a dozen categories (many overlapping), thoughts like these compel people to interpret distressing situations in unbalanced ways without examining the actual evidence at hand. That can sap happiness unless people learn to recognize and disarm these cognitive distortions.

Who is affected by automatic negative thoughts?

The focus of decades of research and refinement, ANTs tend to strike when we’re anxious or depressed. While most of us succumb to cognitive distortions like these at least occasionally, it only becomes a problem when done chronically or to extremes, says Jacqueline Samson, a psychologist at Harvard-affiliated McLean Hospital.

“They’re extremely common, and all of them can lead to a certain amount of misery,” she says. “When people get into a negative state of mind, it’s really easy to remember all the bad things someone said or did to you, and hard to remember your successes.”

Feeling stuck in extremes of thinking

The all-or-nothing ANT above leaves us stuck in good or bad, success or failure, with no middle ground between the two extremes. If you’ve fallen short, it’s because you’re completely incompetent — or so the thinking goes.

Two other common ANTs to watch:

“Should” statements: You “should’ be perfect, because mistakes are unacceptable. Things “should” or “shouldn’t” be the way they actually are. You feel guilty when you’ve done something you “shouldn’t,” and angry and resentful of others who break the invisible “should.”

Let’s say your grandchildren didn’t send thank-you notes for their holiday gifts. How dare they? You went to a lot of work to choose their presents. How rude! They’re never getting another gift from you! But your response is based on an ingrained belief that people “should” send thank-you cards. “Most of the time, these types of ‘shoulds’ are assumptions,” says Samson. “The intensity of response can be enormous.” It can even drive a wedge into relationships.

Discounting the positive: Maybe you dismiss any happy development as unimportant or due to chance. Positive experiences don’t count for one reason or another.

For example, your daughter calls to say she can’t make Sunday dinner as you asked, but instead will visit on Saturday night. You ignore the fact that she’s coming on Saturday and focus only on the thought that she’s not coming when you wanted. “You’re not noticing the ways your daughter is showing she cares about you,” Samson explains.

Why do you fall into ANT traps?

To process information quickly, we tend to filter it into categories and impressions based on what we already know. When we’re stressed, Samson says, it’s easier to lump our interpretations into distortions. We don’t think out of the box or consider less-threatening alternatives.

These patterns of thinking might have started in childhood, based on behavior modeled by family members or the ways we processed stressful situations without an adult’s input. “We squirrel these schemas away as how we think about the world and ourselves,” she says. “If you find automatic, distorted thoughts coming up again and again, they probably have their origins in other things.”

How can you escape from cognitive distortions?

The first step to disarming ANTs is to take a mental step back and view your thoughts as understandable but ultimately unhelpful. Beyond that, Samson offers this advice to escape from ANTs:

It can take time to reverse long-held ANTs, Samson says. Be patient. “It depends on how pervasive they are and how often you catch your thoughts and restructure them,” she adds. “Many would say it’s a matter of practice, and if you’re diligent, you’ll pick up on it quicker. You get to a point where you notice when you’re falling into those traps.”

And that’s the first step toward climbing out — or sidestepping the trap entirely.

Turn negative thoughts into positive actions in 2023. Only YOU know what’s best for you. And we help you aim high for the life of your dreams. Boost your confidence and get the tools for success to lead a more joyful life. Contact us today to get the support you need – (512) 387-2467, or find us on Facebook.