The Importance of Emotional Intelligence 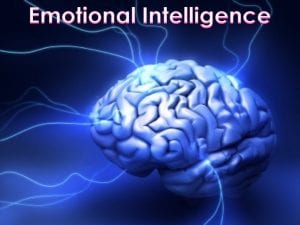 Why is it so important to have emotional intelligence?

The Four Elements of Emotional Intelligence
Salovey and Mayer proposed a model that identified four different factors of emotional intelligence: the perception of emotion, the ability to reason using emotions, the ability to understand emotion, and the ability to manage emotions.
1. Perceiving Emotions: The first step in understanding emotions is to accurately perceive them. In many cases, this might involve reading nonverbal signals such as body language and facial expressions.

2. Reasoning With Emotions: The next step involves using emotions to promote thinking and cognitive activity. Emotions help prioritize what we pay attention and react to; we respond emotionally to things that garner our attention.

3. Understanding Emotions: The emotions that we perceive can carry a wide variety of meanings. If someone is expressing angry feelings, the observer must interpret the cause of their anger and what it might mean. For example, if your boss is acting angry, it might mean that he is dissatisfied with your work, or it could be because he got a speeding ticket on his way to work that morning or that he’s been fighting with his wife.

4. Managing Emotions: The ability to manage emotions effectively is a key part of emotional intelligence. Regulating emotions, responding appropriately and responding to the emotions of others are all important aspect of emotional management.
.
According to Salovey and Mayer, the four branches of their model are, “arranged from more fundamental psychological processes to higher, more psychologically integrated processes. For example, the lowest level branch involves the (relatively) simple abilities of perceiving and expressing emotion. In contrast, the highest level branch affects the conscious, reflective regulation of emotion” (1997).