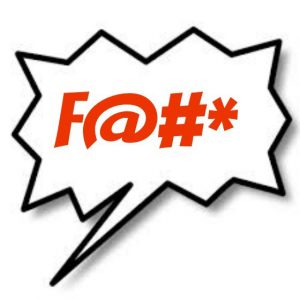 Thinking Differently I am blessed and cursed! Convicted of thinking differently most of my life.

Here is a little background as a point of reference to my crazy mixed up methods of learning. I attended several schools while growing up. I began in New Jersey where I attended kindergarten to second grade in a public school, third to sixth grade I was in a Catholic school and was taught by priests and nuns, and from the seventh to the twelfth grade I was back in the public school system in upstate New York.

I believe God gifted me with an ability to see things as a big picture. For as long as I can remember when I read or heard something my mind started to create a vision of what it would look like in the future. I could figure out and see the ending of a story before the writer would reveal it through their words on a page. At the same time I can internalize and process the emotions of the visual and written word and create an empathy that at certain times can be overwhelming. All you have to do is ask my family how my senses react when I am reading a book or seeing a movie, or even a Budweiser commercial! My facial expressions tell the tale, grimaces, tears, joy, fear, compassion; I feel it all. I have always understood my acute attention to emotions could be attributed to my thinking differently.

This part of my self-awareness has always been intriguing to me. How did I develop this? Was it a nature vs. nurture question or was it a gift? The one thing I can be certain of is I have embraced it and worked hard to understand and develop it as a tool to learning and growth as a man.

As a boy in school being sensitive to others was not considered a manly trait so I think that I over compensated and didn’t embrace my sensitivity as well as I could have. The Marines was a whole different story! We were supposed to be mean tough fighting machines, show no emotion, and push through everything with laser-focuseddetermination. Even though I had my emotions streaming down my face, I fought as tough as any Marine and soon it was accepted as me just being me and I was as much a Marine as any other.

When I went to college and started down a path of higher learning it became easier to think differently and was more accepted by those around me. I will never forget Herb Livsey, my writing instructor in college. He had assigned a project for us to write a short story about a visual he had placed on the chalkboard of Hercules holding the world his shoulders.

I wrote the assignment and turned it in. A week later when I went to class I found Mr. Livsey at the door waiting for me. He asked permission to share my essay with my fellow students. Honestly I don’t even remember what I wrote, but I do know I let my heart speak. Mr. Livsey proceeded to tell the class every once in a while a wA few years later I was in a Costco store in Costa Mesa, California and ran into Mr. Livsey. He did remembered me and after all these years, 45 to be exact, I still remember his and my classmates comments about how differently I see things. Moments like these are etched in my mind for eternity and I am ever so grateful he took the time to share these with my classmates and me. I hope that I have always made you proud Mr. Livsey, you taught me well.riter writes a piece so insightful and profound it just had to be shared and with my permission he would do so. He read it aloud and I remember my classmates coming up to Mr. Livsey and me afterwards thanking me for the insights I had conveyed in my essay.